I had a great time taking Jessie & Joe on Safari on Johanna Beach in the Victorian Otways. An overcast day cleared brilliantly to make for some very interesting & challenging late afternoon light (my favorite).

While the Safari was essentially for Jessie as a gift from Joe he still offered to carry gear and was very good company, wandering off to do his own thing as he felt like it. He even went for a swim (brave man!) which made one of Jessie’s best pictures. As she was shooting into the light with two fishermen in silhouette, Joe burst from the water (it was cold!) and Jessie caught the moment.  I'd asked Jessie to set her camera to RAW capture at the beginning of our session, as it's universally the best way to digitally capture any image. The extreme contrast and back light then becomes much less a problem when processing than if shooting in JPEG. Later we did a little editing, converting to Black & White and some non-destructive cropping in Adobe Light Room, while enjoying a wine. 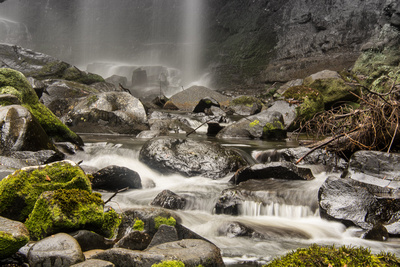 Safari is about a journey of learning. Travelling, learning and fun for me go hand in hand. Jessie really liked the Light Room program as it’s so intuitive and she picked up the essentials easily. She was a delight to teach and ready to have a go, but the very best part of the Safari happened the next day when Jessie and Joe went to Hopetoun Falls to put the days learning into practice. We met next day for a follow-up session. I was thrilled and pleased to see what we'd practiced turn into some strong images of the falls.

I look forward to following Jessie’s progress (I encourage people to stay in touch re their latest work) as she comes back to me from time to time for a refresher, or just calls to say "where was that thing-a-ma-jig", button or setting. No need to waste time struggling with finding a menu item if you can get the information you need on the spot and then get back to making beautiful pictures. It's all part of the service, and all part of being a fellow traveller on a Simmonds Photo Safari.